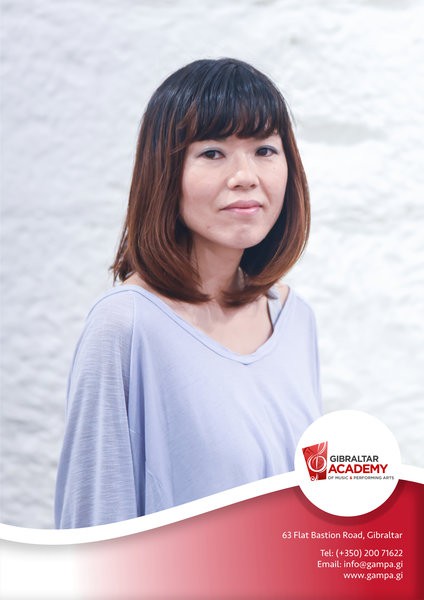 Atsuko hails from Japan and has trained in some of the worlds most prestigious institutions:

She has taught in the YAMAHA Music School of Japan between 1995 and 2001.  She has been teaching in Gibraltar since 2006 and is joining the Gibraltar Academy of Music and Performing Arts for Group Technique Classes.