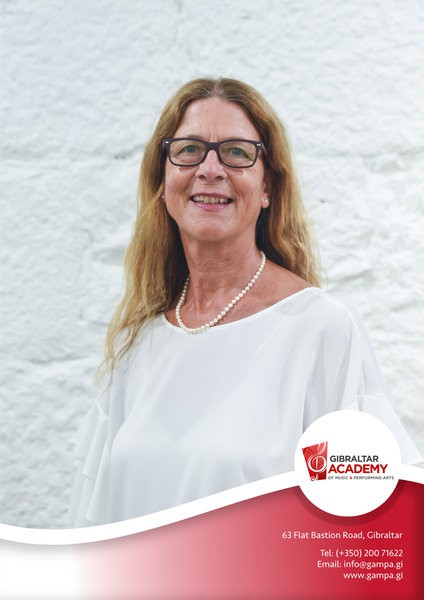 Rebecca Moritz is the principal flautist in the Band of the Royal Gibraltar Regiment.

Her musical path began in school on the Isle of Wight at the age of eleven when she received lessons on the flute, achieving grade 8 standard five years later.

Moving to Germany in 1976, Rebecca went on to play flute with the Musikverein Bellheim for nine years, and then after moving to the Shetland Isles, she performed with the Lerwick orchestra for eleven years.

The 1995 Island Games brought Rebecca to Gibraltar. As a keen windsurfer and a qualified R.Y.A windsurfing instructor. Rebecca fell in love with the Rock and was determined to return, so in May 2000, she sailed into Queensway Quay Marina and has remained in Gib ever since.

Signing up with the Gibraltar Regiment in 2002, she achieved the rank of corporal 3 years later. Her work with the regiment has involved giving tuition on saxophone and flute in both Bayside and Westside schools. Further teaching experience includes flute tuition at the Sotogrande International School and jazz lessons in collaboration with George Posso.

One to One Tuition, Paired tuition, Group Classes in Technical Elements, Flute, Saxophone